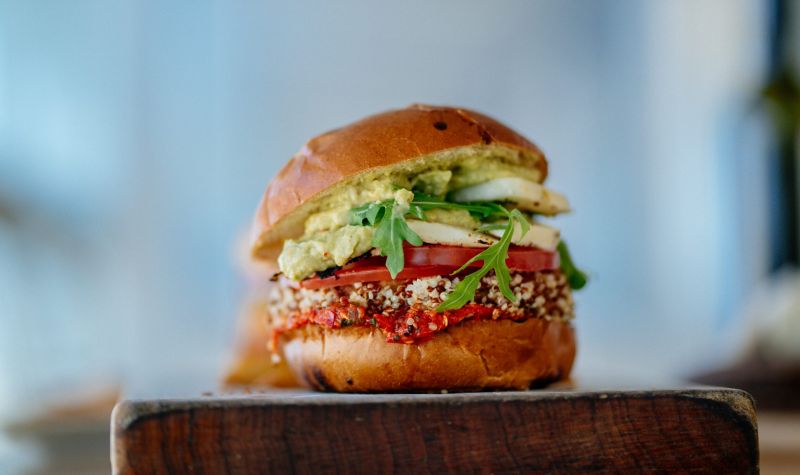 Is going vegan the best way to help the environment?

A couple days ago I asked you this on my IG profile. Is the switch towards a vegan diet the ultimate thing we can do to fight climate change?The majority, 58%, voted for no. But when I asked if you were trying to eat plant-based, the same majority said yes. What I got out of it was that, although you didn’t necessarily think it was the best way, you still thought it was very important.

So, the question now is: is going vegan the most sustainable option to reduce the environmental impact of our foods?

We have largely talked about the challenges and issues our food system is facing. The world population is growing, meat consumption has increased by almost 60% over the past 20 years and up to 40% of the food we produce is trashed.

It’s easy to understand that our current food system is far from being sustainable.

Livestock takes up more than 80% of global agricultural land and is responsible for about 70% of Amazon’s deforestation.

The World Resource Institute suggests Americans to cut their meat consumption by 40% and Europeans by 22%. What about going completely meatless though? Wouldn’t that be the road to take?

It’s more complex than that. Even though going vegan or vegetarian would concretely reduce your environmental impact, there are several other factors to consider if you aim to make your diet more planet friendly.

First of all we have to remember that we are talking about food impact here, approximately between ¼ and a 1/5 of your total impact.

By this means if your ultimate goal is to fight climate change, you should not forget about the rest either.

Secondly, there are several aspects that play a role in food production. Transportation, soil treatment and water consumption are some of the factors you want to consider.

Some plant-based foods, such as almond milk and avocados, require a tremendous amount of water to be produced for example. So, they might have lower greenhouse gas emissions but potentially a higher water impact. Transportation then can play a major role, too. Asparagus went in the blacklist for being among the foods with the highest environmental impact.

Mostly flown in from Latin America, their transportation results in much greater climate emissions than foods transported by truck.

So what’s the best way to go then?

Reducing the amount of meat and dairy is unquestionably the starting point. But, from an environmental prospective, do we have to completely exclude it from our diet?

The science journal Nature has published a research reporting that shifting to a plant-based flexitarian diet could cut GHG emissions by over 50%.

Flexitarian means that your diet is primarily plant based, but that you occasionally eat fish and meat. The term “occasionally” can obviously be problematic as it could mean once a week or once a month, but the overall concept is to reduce the consumption of animal products.

Research suggests that if we cut by 50% our meat consumption and pay close attention to where the rest of our food comes from, we get close (70%) to achieve the environmental benefits of a vegan diet.

Moreover, according to WRI, GHG emissions drop by 43% by reducing animal protein consumption by half and by 56% by being fully vegetarian.

So how do we save the planet?

Overall, a vegan diet still results as the most planet friendly one, although the impact of your diet may vary depending on how you shop. But making everyone go vegan is not that simple. A vegan diet can be perceived as a strong change for many people, who might not want or be able to eliminate animal derived foods. Could we argue then that a diet which includes a little bit of everything, with locally sourced products, could be more achievable and maybe sustainable in the long term?