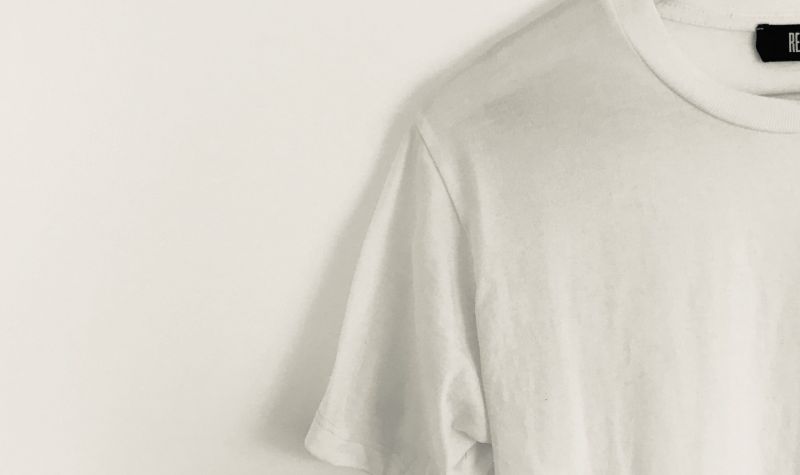 Is the fashion industry unsustainable?

“I have nothing to wear”. Well if this were to be true, the fashion industry wouldn’t probably be among the most polluting in the world.

Although there are several debates whether or not it should deserve the podium (non-renewable energy, transportation and agriculture are tough opponents to challenge when it comes to pollution), fashion is surely not to be underestimated. Being the world’s second biggest consumer of water and responsible for 8-10% of global carbon emissions, the apparel business has drawn increasing attention when it comes to sustainability issues.

Both socially and environmentally.

The raising of product demand in the past decades has put an enormous pressure on the companies, resulting in a race against time to offer the cheapest product. Result? According to the UN we buy 60% more clothing compared to 2000 but keep the items half as long. And we end up not even wearing, on average, 40% of what we buy.

The low-cost and hectic production of these items often results in unsustainable outcomes, both for nature and society. It’s not only the production that needs a revamp. In fact, the consumption and disposal of these items is equally (if not more) problematic.

Let’s start with a statement, which might sound obvious but it’s not.

The ease with which we find whatever we want at ridiculously low prices, is at the expenses of something else.

Similarly, the speed at which we can buy an infinite amount of constantly different product (is it, different?) is the result of an intensive, often unregulated, mass production which makes the earth (and minor societies) pay for our check.

How can a swimsuit cost 1$ and a T-shirt 2$? Mostly by having someone -or something- else paying for its true cost.

Underpaying your workers, exploiting the environment and sacrificing quality are key ingredients to a stressed and abusive production system.

The industry is known for having a supply chain characterized by unsafe working conditions, child labor and gender inequality.

One of the most known tragedies, which became a symbol of the social injustices led by fast fashion companies, is Rana Plaza. In 2013 the factory collapsed killing 1’138 workers.

The 8-floor commercial building in Bangladesh was serving as a factory for several well-known brands including H&M, Zara, Walmart and Mango. The facility was extremely old and unsafe, with no fire exists and constantly overheated.

Although what happened led to public indignation and initiatives arose to prevent similar things to happen again, the progress has been extremely slow in Bangladesh.

As of today, only 7 factories out of 1660 have completed their corrective action plan.

The International Labor Organization (ILO) has therefor established a Global Labor Inspectorate to determine the working conditions of such employees. The study focuses on Walmart’s supply chain in Bangladesh, India and Cambodia. Along with a lack of transparency from the multibillion$ companies, they found violations such as threats of termination, forced overtime, and sick leave denial.

Workers were in heat for 10-14 hours a day, without breaks or access to drinking water.

According to the World Resource Institute then, women between the age of 18 and 24 make 80% of the world’s apparel.

Their wages are less than 1/3 of what is considered the minimum salary.

We mentioned how the fashion industry is accountable for almost 10% of humanity’s carbon emissions. According to a report from the Ellen MacArthur Foundation, emissions could jump to 26% by 2050.

The UN estimates that 1 jeans requires 1kg of cotton which needs 10’000 liters of water to harvest. That’s how much one person drinks in 10 years. Although it’s a natural fiber and has a facilitated recycling process, its production might result intensive mainly due to high water request.

Organic cotton is a valuable version as it reduces at least the levels of pesticides harmful to farmers and the soil.

Still, natural and artificial fibers are generally preferable to synthetic ones. Polyester, nylon and elastane for example come from plastic, which is made from petroleum (oil). Such components reduce the recyclability of garments and increase its environmental impact, filling the oceans with microplastics. We’ll get there in a second.

Ultimately, a shirt in polyester has double the footprint compared to one in cotton (5.5kg vs 2kg)

Textile dyeing then, is the world’s second-largest polluter of water, since water leftovers from the process are often dumped into streams or rivers.

As much as this might sound demoralizing, it actually comes with a bright side. Being aware of the challenges we are facing, is crucial in order to tackle such problems and come up with new ideas.

The cry of alarm sent out over the past decade has given the new generations an unprecedented awareness, leading them to become a new type of consumer.

There are several interesting new technologies coming up. Biocouture is for instance fashion made from environmentally sustainable materials. Scraps from wood or food are upcycled to create textiles. Vegan leather is created from apple or bananas leftovers.

Further initiatives focus on alternative ways of dyeing, reducing water usage by 30% and being less harmful for workers and rivers.

Then there are, obviously, several apps that help you out choosing when your best friend isn’t there. GoodOnYou or ClearFashion are the new RottenTomatoes of Fashion, giving a rate on brands based on their sustainability score.

However, none of these great initiatives would and will be effective without a change in consumption first.

When I was a child, my mother would get mad at me if she saw me coming home with a Zara bag. I’d better hide it. She said it was garbage which wasn’t worth a penny.

That I would have bought the same pieces again in a couple months because they wouldn’t possibly last. That I should have invested in something beautiful and long lasting.

I yelled back she couldn’t possibly understand how smart I was to have done such great deal.

Today, maybe because I am older (hopefully wiser), I find myself repeating the very same things she said to me.

Quality should be preserved as the footprint of an item is proportional to the number of times we wear it.

We buy 60% more garments than in 2000 and keep them half as long. 56 million tons disposed each year.

In the UK 50% of clothes of an average wardrobe are never worn.

Things are changing as the amount of information and alternatives we have on hand is unprecedented.

Buy less, and better. Use more.

A research carried out by the RSA shows evidence of how, during the pandemic, 28% of people recycled more clothes than average and 35% intend to buy fewer clothes in the future.

Generation Z is leading the ideology of “buy less, buy better” which could lead to the end of fast fashion. Consumers are shifting more and more towards a wardrobe featuring rented items and bought from resale vendors. Vogue Business’ Retail and Marketing editor, Kati Chitrakorn, says how, for today’s kids, fashion is less about fitting in and more about making choices that reflect their own identity.

Some of these fast fashion giants come up with more than 24 collections per year. But, if you can’t control your impulse to buy, you should scratch your itch for clothes by buying from vintage and/or secondhand stores.

Online resale sites such as Poshmark, Grailed, Vestiare Collective and clothing rental sites have seen a boom in sales during the past few months. Not even to mention Depop. The social -resale platform which allows users to buy second hands items from each other- has seen a 90% increase in sales since April 2020 while retail sales were falling.

Finally, it’s also a matter of how you treat your garments.

Levi’s CEO Chip Bergh received global attention for saying to customers to not wash their jeans unless absolutely necessary (at least that’s what he does).

Well, cutting down your washing can reduce your footprint considerably. Not only by reducing the usage of water, but also by reducing the microfibers shed in the washing machine.

Half a million tons of synthetic microfibers end up in the oceans every year.

Micro plastic is estimated to be accountable for 31% of the ocean’s plastic.

Most of the items in your wardrobe contain synthetic fibers, that’s what gives you that extra nice stretch, makes them less wrinkly, last longer and shine brighter. Polyester, Polyamide, Elastane etc… Activewear is usually made entirely from such fibers but it’s safe to say nowadays pretty much every item has a % of it: denim, yoga pants, t-shirts.

Every time we wash such items, they lose a little bit of threads/material.

Our laundry machine (New Yorkers, I feel you) has obviously a filter, but these particles are so tiny that they still go through. So, they stay in the water of your laundry machine which will be, eventually, released in the ocean. What can we do? First, wash less. You don’t need to wash your denim every week. Second, you can buy one of these.

In the US only, 85% of textiles thrown away end up into landfill or burned. Very few are re-used / recycled.

Throwing away garments leads to more emissions. Fabrics recycling is relatively new, and more needs to be implemented from the manufacturer to facilitate the green disposal.

So, when you declutter your wardrobe you should make sure things which your friends voted to TOSS, are not landing in the garbage. Instead they are recycled/upcycled through secondhand stores or disposed through the multiple take-back programs brands are implementing.

The New York-based Eileen Fisher has collected over 220,000 used items only in 2018. They clean and resell the pieces in good condition, while the damaged ones are upcycled into new pieces.

The linear model operated for decades now from Fashion is now shaping into a more rounded form, and the burning of excess stock is being more and more replaced by the recycling programs. Patagonia, Levi’s, Theory and The North Face are just to name a few of the big guys.

But startups are finding their ways too. Knickey is an organic cotton underwear startup, which offers you a pair of new slip if you send them back old underwear and socks. Needless to say, half of the people who adhere to the initiative become new clients.