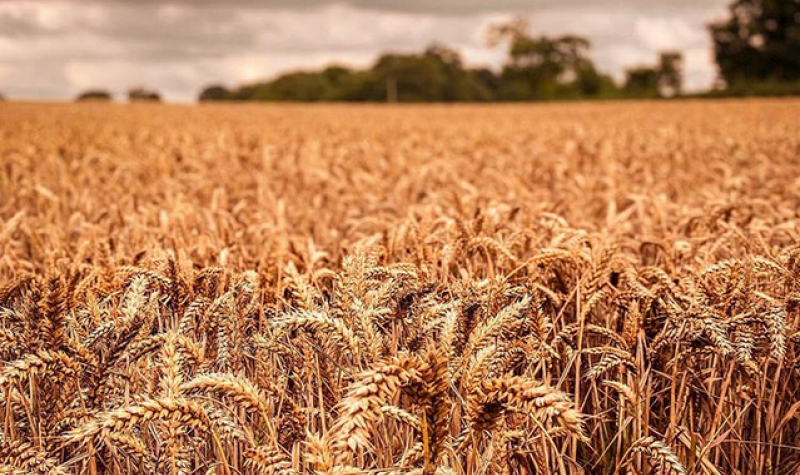 Why our food system is far from being sustainable

Agriculture is often cited as the largest cause of global environmental change. But could we make food production sustainable?

It contributes approximately to 30% of global greenhouse gas emissions and livestock alone represents almost half of these emissions (Yes, cows farting is polluting the air, massively).

It is among the main causes for deforestation. We need more fields for breeding cattle so we cut down forests.

It requires about 70% of world’s freshwater and 60% of global fish stock has been fully fished.

You are probably thinking that, although these numbers are impressive, there is not much we can do. We are more than 7 billion people in the world, and we gotta eat so of course we need a lot to make sure everyone has enough food.

There is an issue with the current food production system. A big one.

Our current food and agriculture systems are failing to address our biggest challenges as 2 billion people worldwide (26%) are malnourished and 1 in 9 is hungry (almost 900M people worldwide).

So here is the biggest paradox of all times.

On one side we have rising hunger and malnutrition.

On top of this, the food demand is growing worldwide due to an increase in population and this is leading to overexploitation of natural resources and severe loss of biodiversity.

On the other side, a huge food waste.

So it turns out we produce tons of food and in a way which stresses and depletes the Earth immensely. And we don’t even eat it. We waste a big chunk of it while tons of people don’t have access to it.

That’s right. As reported by FAO (Food and Agriculture organization of the United Nations) 30-40% of the food produced gets lost or wasted globally.

This happens throughout the entire process, from the early stages of the supply chain to the final consumer’s table.

It happens everywhere equally, from the European capital to the Indian countryside.
The difference is when. In developing countries more than 40% of food losses happen during post-harvest & processing level while in industrialized ones 40% occurs at retail and consumer level.
So while poorer countries might lack adequate equipment or instruments to have an efficient supply chain, richer ones might just be more reckless once it comes to the consumer.

But despite how much and how we produce, another big challenge is what.

FAO’s defines sustainable diets as diets with low environmental impacts that contribute to food and nutrition security and to healthy life for present and future generations.

Translated: we need to shift towards a so called planetary health diet to nurture both people and planet, as what we eat influences both our health and the Earth’s health.
I know this might sound like a hippy slogan but it’s not.
Remember the circle of life thing? The Lion King, Hakuna Matata and all that stuff? Mufasa tells Simba that when a Lion dies eventually it turns into grass. Gazelle’s eat grass so in a way they eat Lions. Who will then eat Gazelle’s. That’s the circle of life.
Ok so I’m not saying we are gonna be eaten by Gazelle’s (or Lions) but what I’m saying is that sole degradation, acid rain, water pollution and all of that stuff is inevitably getting into our food. And into us.
So (even if apparently still unclear to many) if we treat the earth like crap, that’s what we are gonna get back. And we should care.

A plant based diet

And what are we eating? Along with urbanization and globalization came a “western-style dietary plan”, which is made of high consumption of calories, highly processed foods and high amount of animal product.
Ready for the big spoiler? This diet is not good for you! Or the environment.
100% unsustainable for both (see how we go hand in hand?)
Animal based food production has higher greenhouse gas emissions (here I talk more about them) and require overall more natural resources.

According to EAT-lancet commission (a group of 37 scientists from all over the world who came together to understand how to feed 10 billion people without making the earth explode), the dietary shift we need to do from where we are today includes -50% of red meat and sugars and 100% more of whole grains, nuts, legumes, fruits and vegetables.

No one is saying you should whip yourself for doing a barbecue with your friends or that you’ll be hit by a lighting bolt if you eat processed food.

But it is time to be at least aware and take a step towards a smarter, and more sustainable, food choice.

It’s not only the Planet which is about to explode with the Western diet.
Worldwide obesity has tripled since 1975.
In 2016 more than 2 billion adults were overweight. That’s 39% of all adults.
340 million between the age of 5-19 are overweight. More than the entire US population.
The increase intake of energy-dense foods high in fat and sugars is leading us to one of the fastest growing diseases of our time.

The good news is that we can kill two birds with one stone.
Guess what listed the World Health Organization among the main solutions to reduce obesity?
A shift towards a fruit, vegetables, legumes, whole grain and nuts based diet.

We have to accelerate the transition towards a sustainable agriculture and food production.

We need a system which not only is capable of covering the current needs, while ensuring an environmental sustainability, but which is also gonna be able to tackle the issue of providing enough food for a population of 10 billion people which, according to the United Nations, we are going to reach by 2050.