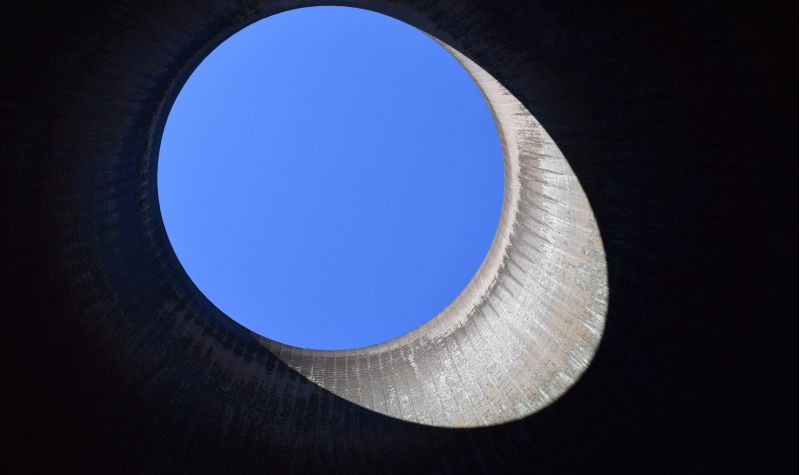 What if nuclear energy is our way out?

Let’s face it, we are terrified about nuclear energy.

Just by hearing the word we get a mix of awe and dread and fear. It sounds kind of  nerdish, too.

Something dangerous and complicated we should stay away from.

But what if nuclear power could actually be our way out ticket from climate change?

What is nuclear power.

This is not, and does not want to be, a lesson of atomic physics or quantum chemistry. I’d be the last person in the world you would want to teach you that, trust me on that. So, we are gonna try to keep it easy and short.

Nuclear energy is when electricity is made from atoms splitting apart.

When a neutron is shot into an atom, it creates a chain reaction which creates a massive amount of heat. This heat can generate steam, which powers a turbine generating electricity. All this, without releasing CO2.

As of today, 10% of world’s power comes from nuclear. There are about 440 reactors in 31 countries.

Compared to the other main sources of electricity, nuclear has the highest capacity factor by energy source, over 93%.

Renewable or non-renewable, that is the question

Is nuclear energy renewable? Yes and no.

Although nuclear energy itself is a renewable energy source, the material used in nuclear power plants (mostly uranium) is not.

But despite the definition, nuclear energy is not only clean but is also the most reliable of all energy sources.

Why is it not our main one then?

The process of the atom splits is called nuclear fission. When you have this fission reaction, you get radioactive material (plutonium). You want to make sure that this radioactive waste does not get out of the power plant as it is toxic. Eventually, it will loses its radioactive-super-power but only after tens of thousands of years.

Where to store this material, is an ongoing debate. Today, geological disposal (under soil) is the best option.

I know, it can sound weird. But how does it sound to have toxic gases dumped in open air every day as it happens with coal? Guess it’s better underground.

Also, the amount of waste generated is very small compared to the one of the other energy sources.

By creating and distributing nuclear energy, we basically give every involved country the opportunity to build its own nuclear weapons. Nuclear weapons are not nice to have around, especially if in wrong hands. Or in every hand actually.

TerraPower, the nuclear-centered startup created by Bill Gates, has come up with a whole new technology when it comes to nuclear power plants. Apparently, they were able to come up with a design which makes impossible every type of leak or explosion. Worst case scenario, it stops producing energy. On top of that, it utilizes depleted uranium instead of enriched uranium, which can’t be used for nuclear weapons.

We all have in our minds the images of Chernobyl and Fukushima. Scary pictures are stuck in our memory, the stories we heard are frightening and the idea of something so powerful and destructive is still concerning public opinion.

The 1986 Chernobyl explosion caused 31 direct deaths and was held accountable for about 4,000 cancers related deaths over the years. Nevertheless, the real consequences are still unclear. Some say governments hid part of the story and that actually millions of people were affected by the radiations in the following years.

The 2011 Fukushima accident instead reported no deaths.

On the other hand, according to NASA, coal and gas derived emissions are responsible for the deaths of over 800’000 people every year. Every year.

It’s a little bit like being scared of the airplane over the car. The dying chances are way less but some fears are irrational.

Statistically, they make no sense.

Obviously what happened in Chernobyl was catastrophic. It hit hard on human lives as well as the environment around it.

Still, what CO2 emissions are doing today is no less.

Just because there is no Hollywood-like explosion, no fishes with three heads and scary images going around, it doesn’t mean that it’s less harmful. In fact, the effects are worse.

If we focus on the numbers we are given, it is clear that fossil fuel energy has been killing us and the planet for a long time now.

Also, it’s worth mentioning that after Chernobyl the public opinion was so much against nuclear, that every type of study or innovation process stopped ever since. The power plant that exploded in Chernobyl, was based on a design from the late ‘40s. I don’t have to explain you the scientific and technological progress that has been done ever since.

According to NASA, nuclear energy prevented 1.8M deaths over the past 40 years. Even including Chernobyl and Fukushima, it ranks last in death per energy unit produced.

As seen before, toxic nuclear waste is stored while byproducts of fossil fuel are released in the air we breathe.

Again, it’s a matter of perception. Of how we have been told certain things. Catastrophic images and alarming news alerts versus a silent and accepted poisoning.

Our demand for energy grows steadily. Coal is cheap, easy to access and abundant. Plus, you don’t really have to take responsibility for its waste.

Nuclear is clean energy and gives the world the chance to tackle the climate change issue and prevent us from a worldwide man-made catastrophe.

Some countries are going all in. France has shifted towards nuclear energy, which now generates over 70% of the country’s electricity.

Since the ‘40’s we went to the moon, we sent robots to mars and we basically invented technology. We have made unthinkable progresses in so many fields, why should this be any less?

Nuclear innovation stopped in the ‘70’s and the technologies we have today are nothing like the ones we had back then.

This article has been simplified. The issue is obviously huge, and some concerns are real. But climate change is real, too. We have to find rapid and effective solutions and we have to keep our mind open. Excluding valid options by not being rational, is a luxury we cannot afford anymore.

Are we sure we don’t want to reconsider this?